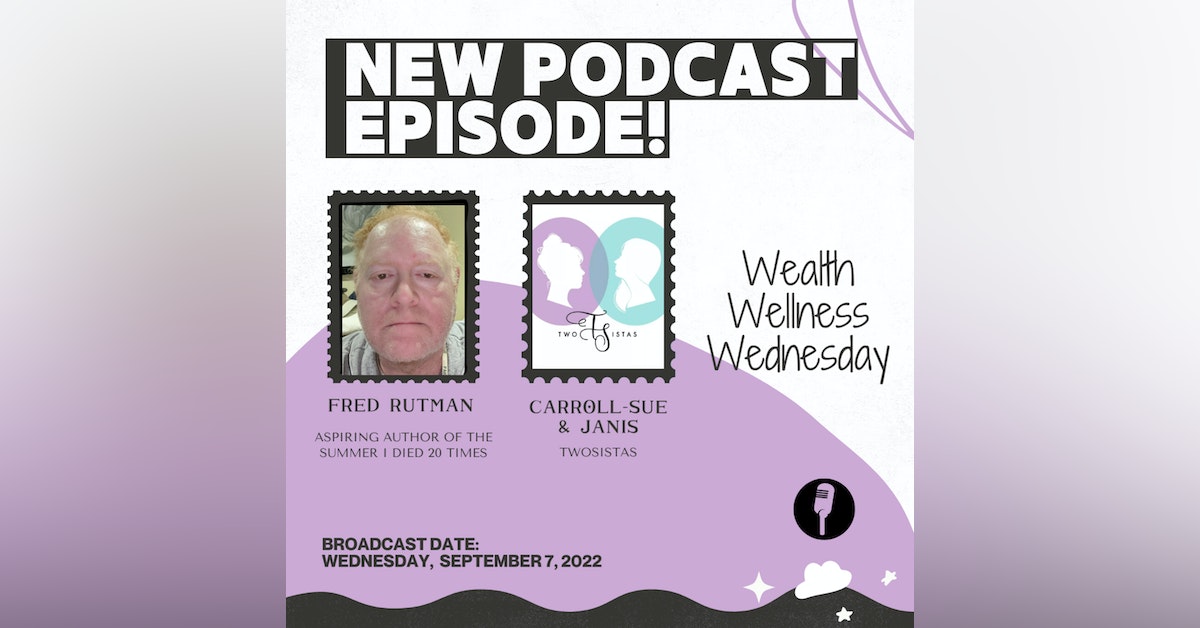 TwoSistas and it’s WealthWellnessWednesday, September 7, 2022, with Fred Rutman.  Fred first and foremost, is a survivor.  He has a genuine flair for taking a critical point in his life and turning it around to inspire others.  He swears by intermittent fasting!!

Fred recalls the summer of 2009.  You see; he is a bit of a medical mystery and in many terms, everything he has been through, he shouldn’t be here - but we are so happy he is!  He had a very unusual medical misadventure that caused him to be clinically dead, 20 times. (It’s difficult to put into words and describe what Fred has gone through.)  Literally, by all accounts, he was “repeatedly dead.”  (A cat has (9) lives; Fred, well technically . . . )

Now, please do not misunderstand.  As Fred further described in great detail, with everything he has been through, he still has a sense of humor (you just have to listen to the podcast!)  He has a wit about him as he chuckled at his email address which a friend of his said he should use, and of course, he does:  repeatedly.dead.fred@gmail.com -

Fred was “zoning” out and would have these episodes of falling and hitting his head.  The medical doctors thought he was having a heart attack but as it turned out, after 20 clinically dead episodes and the medical community finally ruling out he was having a heart attack, he has diagnosed with a “full heart block” which is where your heart just stops therefore leading to a loss of circulation of blood, falling and being rushed to the hospital.

As a result of his condition, he has a pacemaker.  As a further result of his medical mystery and from all of the concussions he received and before he was officially diagnosed, he continues to suffer from PTSD,  and brain trauma.

In his words, there is nothing like intermittent fasting.  Once he began fasting, within (6) months, Fred no longer needed his insulin!  Medical mystery or not, Fred is NOT dead; he certainly was (20 times to be exact) but he is moving forward with his life and inspiring others to do the same!

Thank you so much Fred!  To learn more about Fred and to connect with him further, please check out his Instagram and LinkedIn Page.  You may also email him at:

Let us know what you thought of today’s episode.  Please go to our website and leave us a voice message:

Sign up for our "free": TwoSistas Guide to Good Nutrition and to also receive updates of our upcoming newsletter and blog updates!!

Email has been submitted.

New to the podcast? 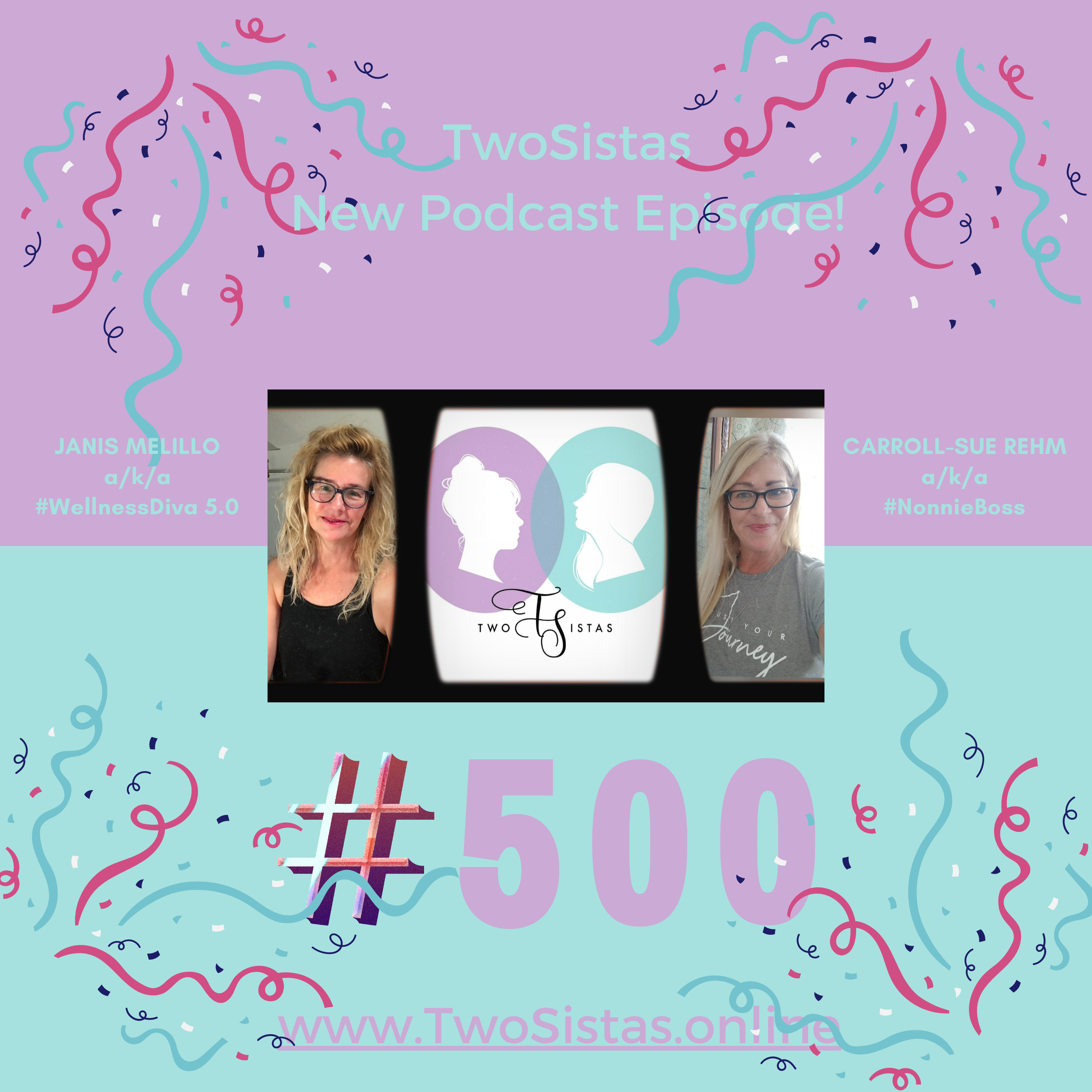 TwoSistas and it’s TriumphTuesday @ Night on August 16, 2022 and this is a very significant episode! We celebrate the 500th Episode !! That’s a lot of “Cassella Sistas’ Chit Chat”!! A very brief history of the TwoSistas pod... 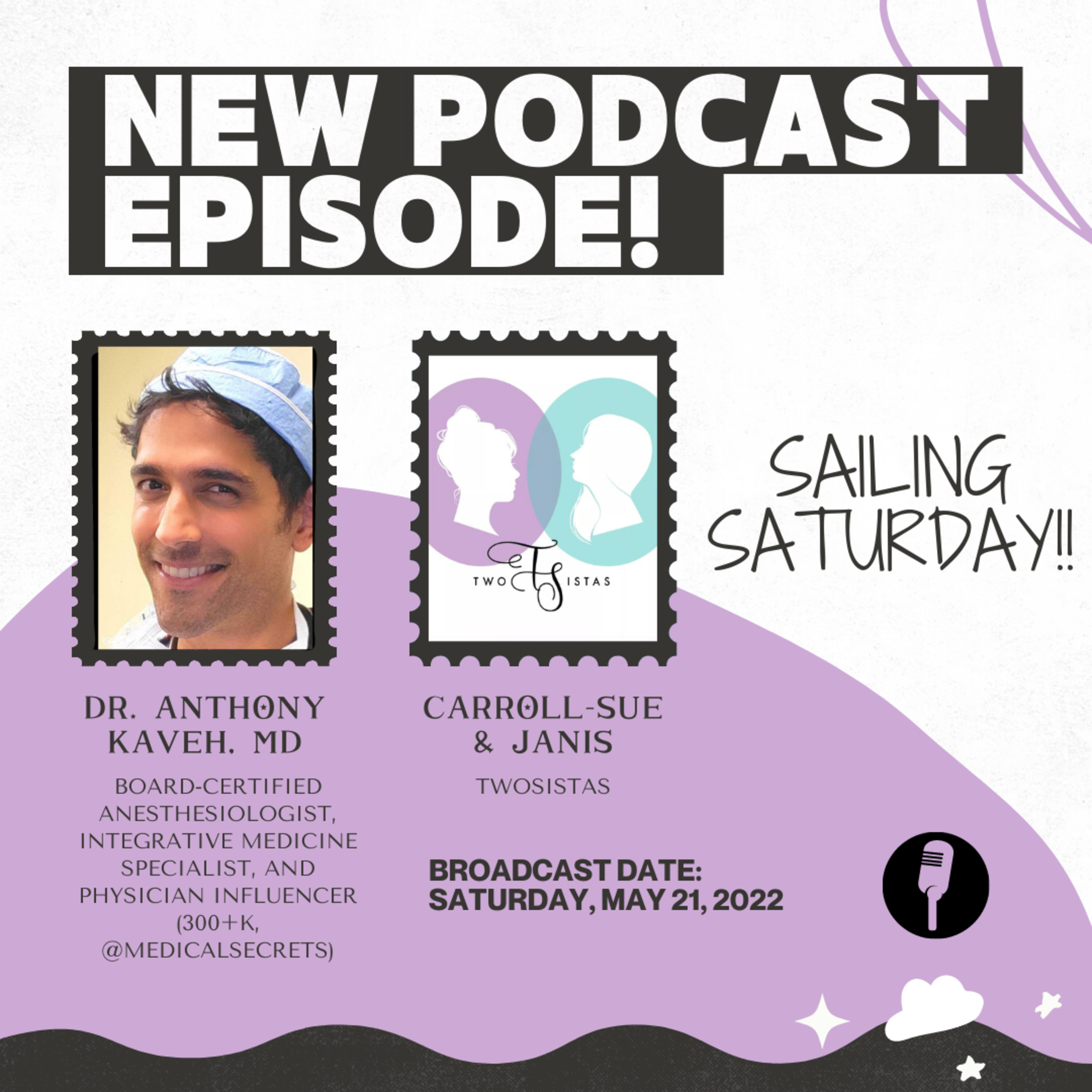 TwoSistas and it's Sailing Saturday! The "Sistas" welcomed back to their podcast, Dr Anthony Kaveh. Dr. Kaveh was previously on the podcast on March 19, 2022. You may recall that Dr Kaveh is a Stanford and Harvard trained,...